The Money In The Bank ladder match, in which multiple Superstars fight to climb a ladder to retrieve a briefcase that contains a contract allowing them to challenge one of the two world champions to a match at any time, was always one of the matches which I looked forward to the most at Wrestlemania each year. When the WWE decided to take the match off the Wrestlemania card and make it its own pay-per-view, I was disappointed that I would not get to see the match live every year but excited that more focus was being put on this match. In my mind, the match is the perfect opportunity for a mid-card Superstar to catapult himself into the main event as every single MITB winner except for one (John Cena last year when his match was interrupted by Big Show) has gone on successfully cash in the contract and become a world champion. In years past, the WWE Championship MITB match participants have all been former world champions, main event Superstars or, in the case of this year’s match, “all-stars,” which I think slightly defeats the purpose of the match but still creates an intriguing scenario nonetheless. So, without further ado, here are my predictions for tomorrow night’s PPV:

END_OF_DOCUMENT_TOKEN_TO_BE_REPLACED

I was extremely excited all day yesterday for WWE Raw for two reasons – first, the show was being highlighted by previously announced segments such as the debut of Bray Wyatt and The Wyatt Family and Vince McMahon, Stephanie McMahon and Triple H all conducting a job evaluation of Raw Managing Supervisor Vickie Guerrero and second, the show was taking place in Baltimore and I was going to be there live with my friend Johnny! While I haven’t had a chance to watch the show on my TV, I’ve always said there is nothing like being at a wrestling event live and even the worst shows can be made 10 times better by being there in person. With that being said, however, between the two aforementioned segments and two great matches that opened and closed the show, I thought that last night’s episode of WWE Raw a great one and a solid way to send us into the Money In The Bank pay-per-view on Sunday.

END_OF_DOCUMENT_TOKEN_TO_BE_REPLACED

WWE Raw Had Its Moments But Otherwise Nothing To Write Home About (July 1, 2013) 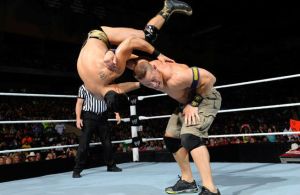 I typically judge the quality of an episode of WWE Raw by a few things – one is whether or not I fall asleep at any point during the show (given the length of the show and how late it ends this sometimes cannot be helped but a great show from beginning to end will keep me awake the entire time), how often I tweet about it (good or bad) during the show itself and how eager I am to post a review about it here the next day. In regards to last night’s episode, I feel asleep multiple times during the show, rarely pulled out my phone and I am only blogging about it today out of a weird sense of obligation to the few people who look forward to reading my reviews each week. That is not to say that the show was bad, but neither was it great; it was one of those shows where if I had to have missed it for one reason or another, I would not have been upset.

END_OF_DOCUMENT_TOKEN_TO_BE_REPLACED

WWE Raw Had Some Great Highlights But Mostly Dragged On (June 24, 2013) 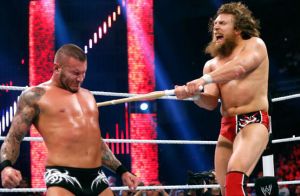 Last night’s episode of WWE Raw really felt like it was three hours long. It had its very high points and, like any episode, some low points, but it definitely felt like it was as long as it was. Maybe it’s because I watched it from a hotel room, on an extremely small standard definition TV while laying in a bed with very uncomfortable pillows, but the show really seemed to drag on at some points and I found myself constantly looking at the clock to see when it would be over so I could go to bed.

Because I am in Ocean City this week for a convention for work, while at the same time under a deadline to launch a new website for my company by the end of the week, this WWE Raw recap is going to be extremely short. Basically, I am going to run through the show more or less chronologically and offer quick insights on each match or segment. Sorry for the rush job, but I have to be back at the convention center in an hour and then work on the website all afternoon after we shut down the booth.

END_OF_DOCUMENT_TOKEN_TO_BE_REPLACED

As poorly booked and overall boring that I thought the WWE Payback pay-per-view was, last night’s episode of WWE Raw was on the complete opposite end of the spectrum. From the moment the show kicked off with CM Punk interrupting new World Heavyweight Champion Alberto Del Rio, to Mark Henry announcing his retirement in a tearful and heartfelt speech only to provide the biggest swerve of the year and attack WWE Champion John Cena, to the surprise and welcome returns of both Christian (who defeated Wade Barrett) and Brock Lesnar (who attacked CM Punk), the show was fun, exciting and downright entertaining from start to finish. This time of year has always been when something spectacular and surprising happens on WWE television (e.g., Vince McMahon’s limousine blowing up, the debut of Nexus, CM Punk’s pipe bomb) and it looks like that trend is bound to continue.

END_OF_DOCUMENT_TOKEN_TO_BE_REPLACED

I did not have high expectations for the WWE Payback pay-per-view last night because, going in to the show, I was not excited about most of the matches on the card. I was extremely excited for CM Punk vs. Chris Jericho (which predictably stole the show as both Superstars tore down the house) and had high hopes for the Divas Championship match (which was the best WWE Divas match in recent memory by far) going in and during the show I was extremely moved when Curtis Axel won the Intercontinental Championship and started crying as he honored his father, Curt “Mr. Perfect” Hennig, who had once held the same title. Heck, I’ll admit that even the United States and Tag Team Championship matches were enjoyable to watch, if not completely predictable in their endings. However, all of those positive were completely marred by events involving the two world titles – an extremely boring WWE Championship that closed the show and killed both the live crowd in Chicago and those of us gathered at a restaurant in Baltimore to watch it and the worst booking decision in the history of not only the World Heavyweight Championship but perhaps any title in all of WWE history.

END_OF_DOCUMENT_TOKEN_TO_BE_REPLACED 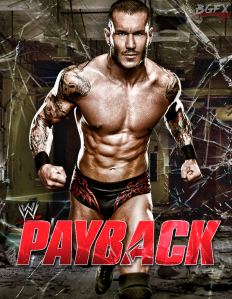 Because of a wrestling trivia contest yesterday afternoon, the UFC fights last night and taking our dads to the Baltimore Orioles game for Father Day today, I do not have the time I normally would to devote to my monthly WWE pay-per-view preview/predictions post. However, I did want to put my predictions out there, so below is a very quick preview of the WWE Payback pay-per-view tonight, forgoing my usual What Should Happen/What Will Happen. predictions in favor of straight-up predicting the winners.

Before I get to that, however, I want to post to all of you the final trivia question from the contest last night at The Tilted Kilt in White Marsh. Our team technically only got one question wrong the entire game until the final one when we bet half our points and got it wrong (it wouldn’t have mattered anyway because another team swept the entire game). The final trivia question was – between Shawn Michaels, The Undertaker and Bret Hart, list them in order of how many times each WWE Superstar has held the WWE Championship, from least to most. (As a side note, this does count the WWE Undisputed Championship but does not count the World Heavyweight Championship, the former being what screwed us up a little). I’ll post the answer all the way at the bottom of this blog post.

END_OF_DOCUMENT_TOKEN_TO_BE_REPLACED

That’s right, you read that headline correctly – one of the major reasons that last night’s episode of WWE Raw was so memorable was because of a storyline not only involving the WWE Divas, but one of those Divas is actually the Divas Championship no less. And not only was the storyline furthered last night, but it turns out that another storyline, one that has been taking place for well over a month, was actually leading up to this one. That’s right – the WWE not only invested time and effort for well over a month into a Divas storyline, but one that is actually quite good and compelling! Not to mention the fact that last night’s show featured two matches between Curtis Axel and Triple H (sort of); interactions between Triple H, Vince McMahon & Stephanie McMahon; the return of World Heavyweight Champion Dolph Ziggler; an epic wrestling rematch featuring a rematch of sorts between two former Ring of Honor world champions; and much more all made for an extremely fun and memorable episode of WWE Raw.

END_OF_DOCUMENT_TOKEN_TO_BE_REPLACED

Before WWE Raw went on the air last night, it was announced on the WWE app, Tout and the WWE text messaging service that Triple H would be returning to WWE Raw, and the ring, to face Curtis Axel in a rematch from two weeks ago. The show kicked off with the return of Stephanie McMahon and Vince McMahon. Soon after the show started a graphic was displayed regarding a contract signing between Chris Jericho and CM Punk for their match at Payback (although Punk’s image was later removed). My first thoughts regarding these three events was that the very poor television rating for WWE Raw last night could be quickly, albeit most likely only slightly, by advertising events such as these well in advance of the show (a message on the WWE app 30 minutes before showtime does not count). However, while the return of Stephanie and Vince was a lost opportunity to promote the show in advance, the WWE did a good job of turning their other mistakes into opportunities to do so for next week and beyond.

END_OF_DOCUMENT_TOKEN_TO_BE_REPLACED 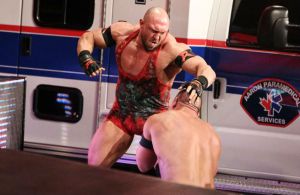 With less then three weeks to go until the next WWE pay-per-view, the debut of a “new” one called Payback, it would have been no surprise if the buildup for the show had not begun in earnest until next week. But the WWE clearly realizes that in order to increase buys for their smaller PPV shows, especially one airing on Father’s Day night, they are going to not only have to start hyping and planning for it now but putting together a card that will make me and the rest of the WWE Universe leaves our fathers so we can watch the show. I had actually already planned ahead for this, keeping the WWE PPV calendar in my phone and planning an afternoon at the baseball game with my dad and father-in-law so I could watch the PPV at night, but not everyone will do the same thing and without a strong card a lot of fans would be hard-pressed to watch the PPV instead of spend time with their fathers (unless their fathers are WWE fans, as I will be for my future children).